On September 3, 2022 Archbishop Peter continued his visit to Rome. On this day His Eminence was shown the many Basilicas and holy sites of Rome by his excellency Bogdan Patashev, Ambassador of Bulgaria to the Holy See and Sovereign Military Order of Malta.

First His Eminence visited the St. Peter's Basilica and was given access to the chapel that is the closest to the tomb of St. Peter. It is adjacent to the tomb within which were found bones and writing: "This is Peter". His Eminence prayed and sang the troparion to the holy apostle.

Afterwards, his eminence visited St Paul's Basilica and venerated the tomb of St. Paul and the chains with which he was held prisoner. Not far from the Basilica of St. Paul is Tre Fontane, where St. Paul was martyred. Here His Eminence venerated the column upon which the holy apostle was beheaded.

Finally, His Eminence visited St. John Lateran after which he attended vespers at St. Catherine of Alexandria Russian Orthodox Church. 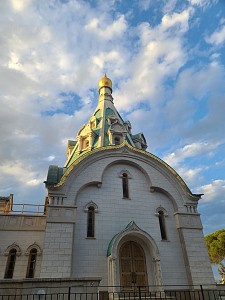 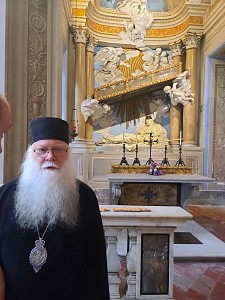 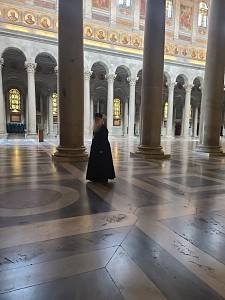 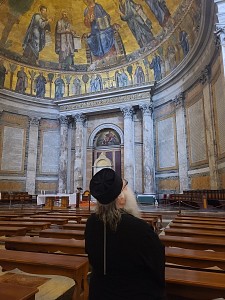 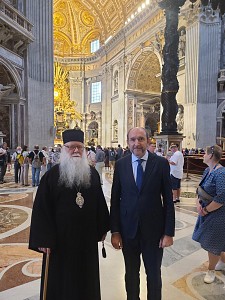 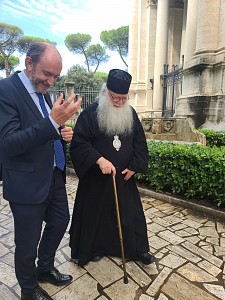 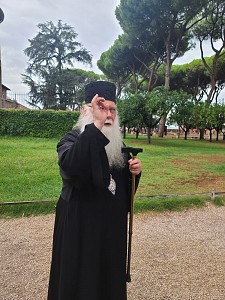 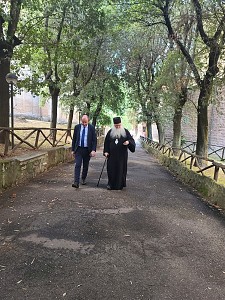 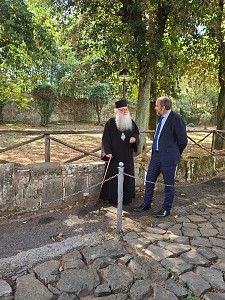 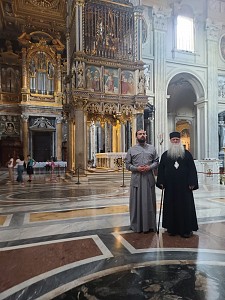