On Tuesday, August 27 and Wednesday, August 28 His Eminence Archbishop Peter of Chicago & Mid-America presided over the patronal feast day celebrations at the Dormition Cathedral in Ferndale (Detroit), Michigan. At the vigil on the eve of the feast His Eminence was joined by:

On the day of the feast of the Dormition of the Mother of God Archbishop Peter was met to the pealing of bells at the cathedral and with the traditional bread and salt. In addition to the above clerics (and with the exception of Fr. Moses, who served an early Liturgy in Ann Arbor for those who could not travel to Ferndale for the feast) the following clergy joined His Eminence for the Divine Liturgy:

Following the Divine Liturgy, at which many of the faithful partook of Holy Communion from two chalices, the tradition cross procession was held. After His Eminence had thanked all those who made the feast day possible, a festive meal was held in the cathedral hall. 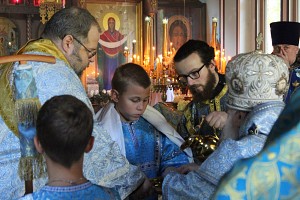 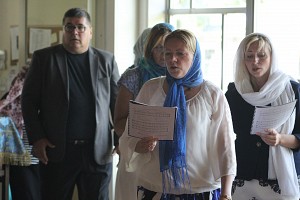 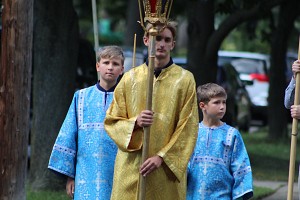 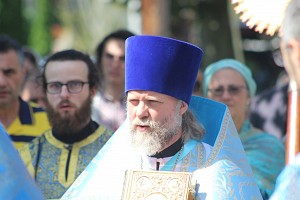 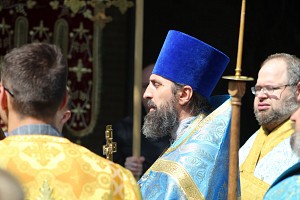 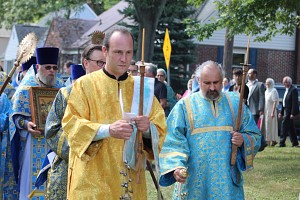 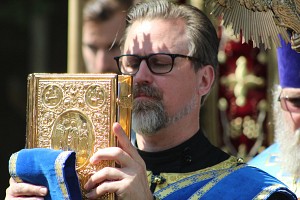 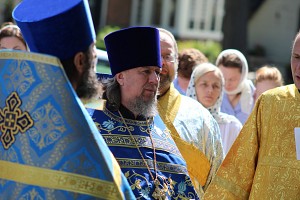 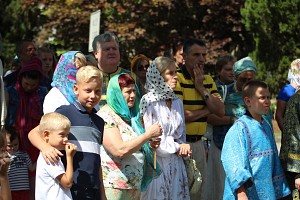 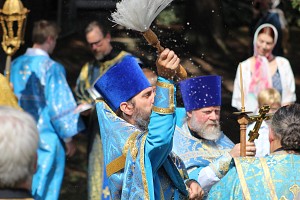