To say that for any parish a visit by the diocesan ruling hierarch is a disruption in the flow of the ordinary is quite an understatement. Such events – and mostly they are rare – are anticipated as tests on how well the parish is doing. This means that the clergy, altar servers, choir, sisterhood and everyone else who is involved in the life of the parish are making doubly sure that everything goes without any or, at least, major hiccups. The longest preparations are done by the choir who need to rehearse the hymnody pertaining to the hierarchical services; the sisterhood plans and divides tasks among themselves to ensure the meals are way above average; the clergy and the servers are checking again and again that all the liturgical items which are used only on such rare occasions are located (sometimes they need to be specially purchased or borrowed from other parishes), cleaned and are in place and that the altar area is spotless (which it should be all the time). It goes without saying that he, for whose visit such preparations are undertaken, is supposed to be under an impression that the things in the parish are always as great as when he makes his visitation.

All of the above was experienced by St Basil the Great parish in St Louis on the feast of the Entry of the Mother of God into the Temple. This year the feast coincided with the first weekend since the beginning of the Nativity Fast.

Concelebrating with Archbishop Peter, both at the Vigil on Saturday night and at the Divine Liturgy on Sunday morning, were the parish clergy: Archpriest Sergii Alekseev and Priest Thomas Nichols, Protodeacon Alexander Kichakov (Protection Cathedral, Chicago) and Deacon Ephraim Galloway (St Basil’s Church).

On Saturday night, before the canon at the Vigil Vladyka gave a homily in which he drew attention of the faithful to the humility of the Virgin Mary. In the Gospel accounts, His Eminence said, we hear very little about the Theotokos, but every word about her, as reported by the evangelists, is a precious pearl. In the Gospel which is read at Matins on the feasts of the Theotokos we hear of the Virgin coming to Righteous Elisabeth, whose “babe leaped in her womb” when the incarnate but yet unborn Savior of the world was in the same room with him. Then the Virgin prophesies about herself: “From henceforth all generations shall call me blessed”. And this prophecy has been abundantly fulfilled: the Virgin Mother of the Incarnate Word is known and praised throughout the world.

On Sunday morning, after the meeting of the Hierarch and the conclusion of the Hours, Archbishop Peter tonsured Ivan Alekseev Reader and then elevated him to the rank of Subdeacon.

The Divine Liturgy was celebrated by Archbishop Peter and the clergy who were with him at the Vigil, with the addition of Archpriest Radomir Chkautovich (a retired Serbian priest who considers St Basil’s his second home) who was praying in the altar and communed of the Holy Mysteries.

The parish choir was strong and sang beautifully at the Divine Services under the direction of Carol Surgant. Many of the faithful prepared themselves and received the Holy Mysteries. At the end of the Liturgy Archbishop Peter thanked the parishioners for the warm welcome and congratulated them with the new subdeacon. The festivities of the day were continued in the parish hall with the celebratory meal and fellowship. 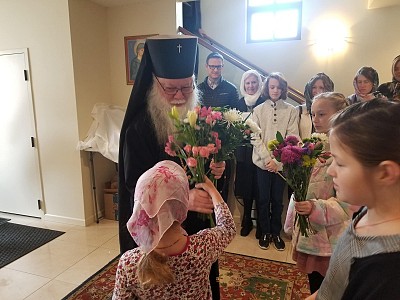 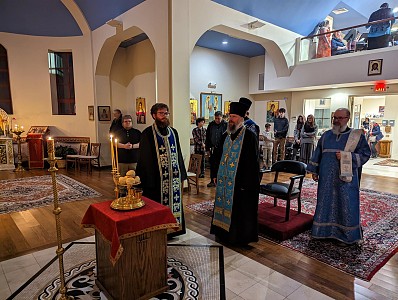 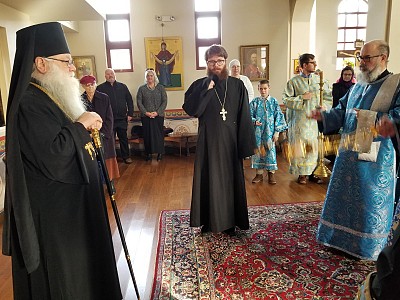 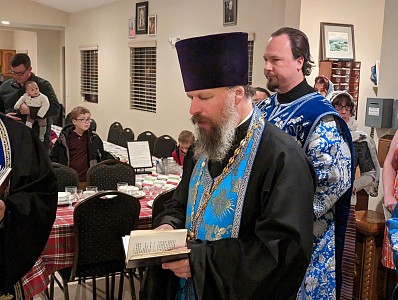 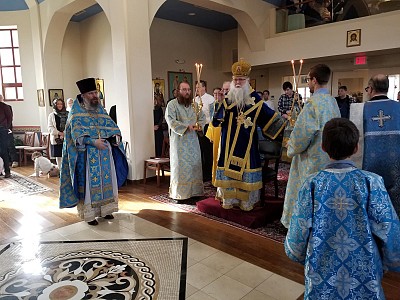 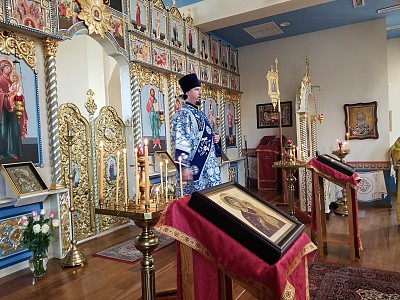 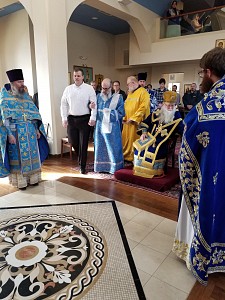 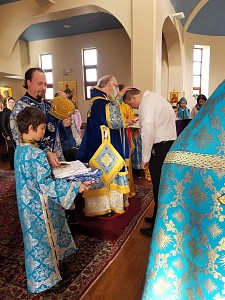 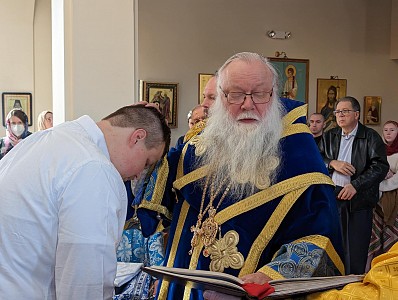 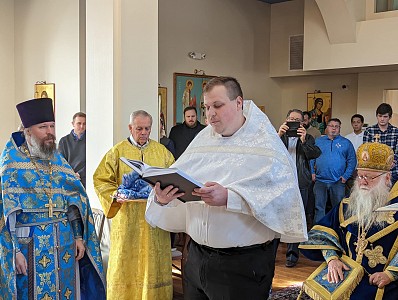 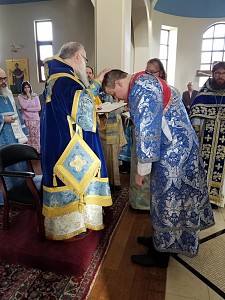