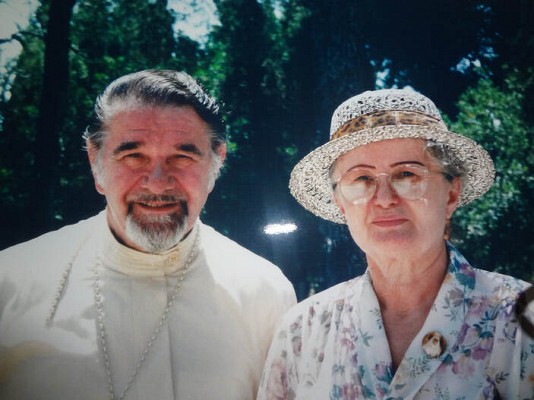 On Saturday, November 6/19, 2022 the funeral for Archpriest John Sykaluk took place at the St. Vladimir Church in Lost Lake/Vladimirovo, Illinois. According to tradition, before the priestly funeral the Divine Liturgy was served. Immediately before the Liturgy the earthly remains of Fr. John arrived at the temple in which he served diligently for many many years. Those who served the Divine Liturgy were:

Immediately after the memorial Divine Liturgy the Funeral for a Priest was begun, at which His Eminence Archbishop Peter presided. In addition to the above-mentioned clergymen, Archpriest Vladimir Kovalchyk also served the funeral.

Following the service, before the last kiss, Archbishop Peter addressed the gathered mourners with an instruction about the various funeral rites of the Church, and reminded all present that the theme of the Priestly Funeral is especially poignant, in short, “I was your priest – I prayed for you and served you for many years. Now is the time for you to pray for me as I leave this life for the next.”

After the last kiss, the body of Fr. John was carried around the church at Vladimirovo to the singing of the Irmosi of the Great Canon of St. Andrew of Crete. Following this, Fr. John was transported to the Rock City Cemetery and buried in his family plot. After the burial a memorial meal was held at the parish hall where many fond memories of Fr. John and his years of service to the Holy Church, and to the St. Vladimir Community in particular, were shared. 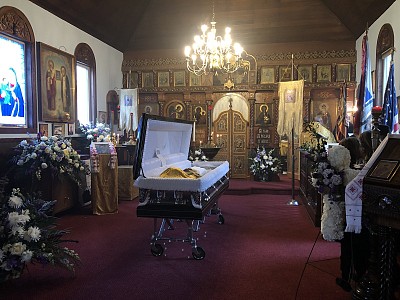 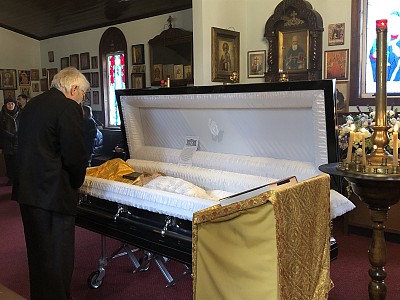 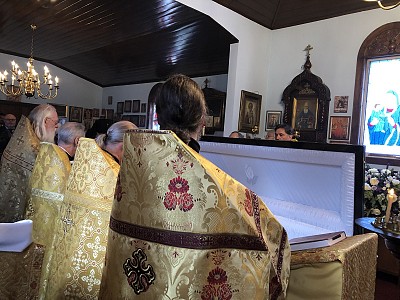 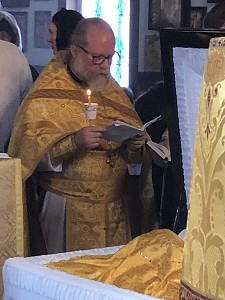 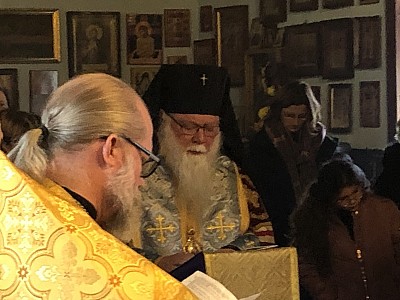 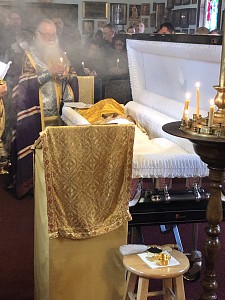 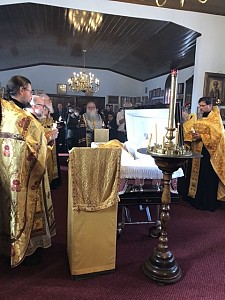 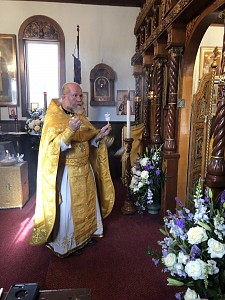 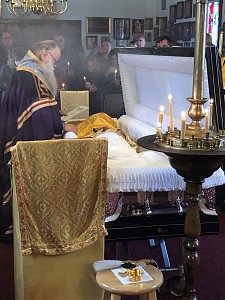