On Tuesday, March 23/April 5, 2022 His Eminence Archbishop Peter led the funeral service for the long-time Church Warden (Starosta) of the Dormition Cathedral in Ferndale, MI, Alexei Romanovich Seizew. As Vladyka noted: “the Church does not forget those that labor for her”, and thus Archbishop Peter made a special effort to travel to Detroit for the funeral of Alexei Romanovich, who dedicated his life to the Dormition Cathedral. This was evidenced most clearly by the words of the last two Rectors of the Cathedral, Archpriest Andrei Alexiev and Archpriest Viktor Trotskyy. Both priests began their remarks on this day with “When I arrived, Alexei Romanovich was already Starosta…” Both priests served the cathedral for more than 15 years, and Fr. Viktor remains the Rector today.

Alexei Romanovich reposed on his very name’s day, March 17/30, 2022 after a life of dedication and service to God’s Holy Church. As Archbishop Peter stated on this day: “Alexei Romanovich’s life was an example to be followed.” He will be buried at Holy Trinity Monastery in Jordanville, New York, along side his spouse of 58 years, Nina Dimitrievna, who also reposed in the Lord just a few months ago. 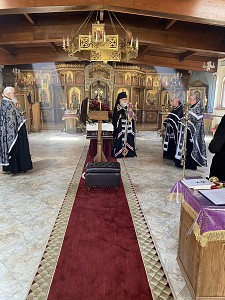 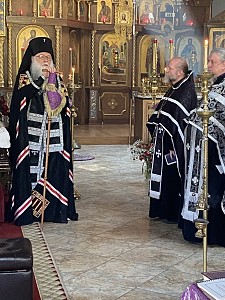 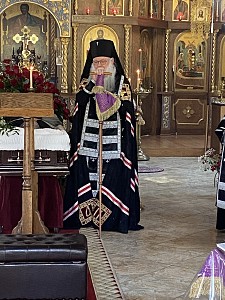