On the great feast of Theophany, the Lord’s Baptism, here at the Monastery of Saints Sergius and Herman of Valaam in the Upper Peninsula of MI we had two baptisms ourselves. The newly illumined Herman and Joseph received holy baptism and chrismation before the Divine Liturgy. Herman and Joseph, accompanied with their godfathers Seraphim and Pedro respectively, communed first in their white baptismal garments. Many stayed late into the afternoon celebrating the Great Feast as well as celebrating two more into the family of Christ.

On the Sunday after Theophany, as our local custom continues to grow, Priest Benjamin Naasko and Hierodeacon Alexei (Dixon) served the Great Blessing of Waters standing on the frozen Canal that runs into Lake Superior. Several faithful dipped their heads into the blessed ice water (our youngest participating at just 12 years old!) where others had buckets poured on them directly. The Cross dipped into the canal was one of the celebratory anniversary Crosses built off of our beloved Archbishop Alypy’s design. May Vladyka’s memory be eternal. 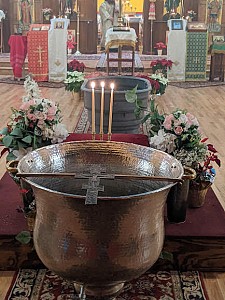 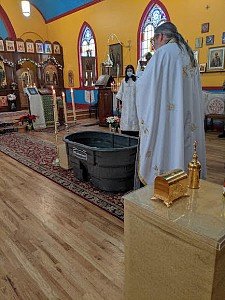 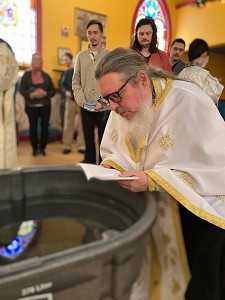 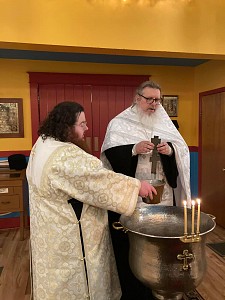 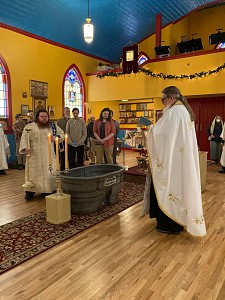 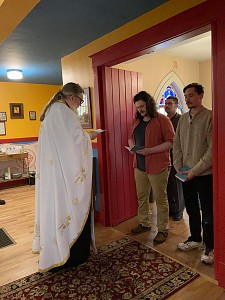 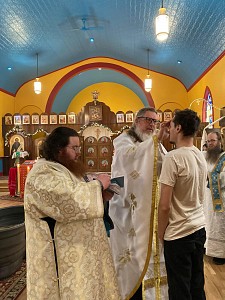 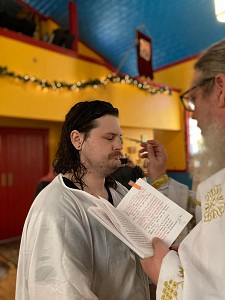 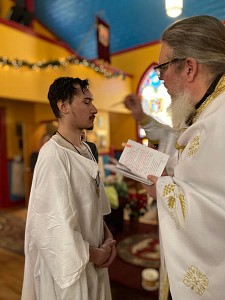 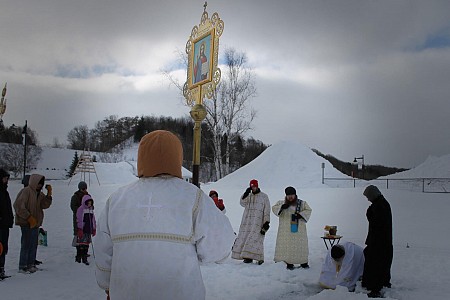 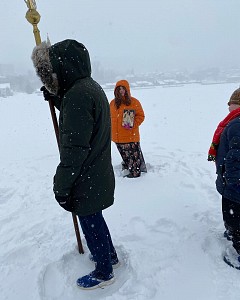 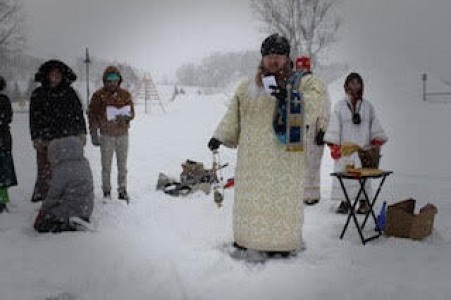 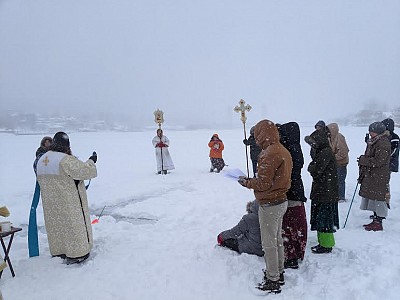 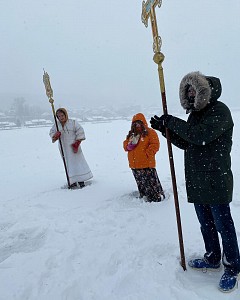 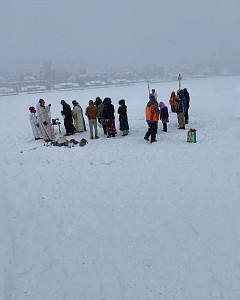 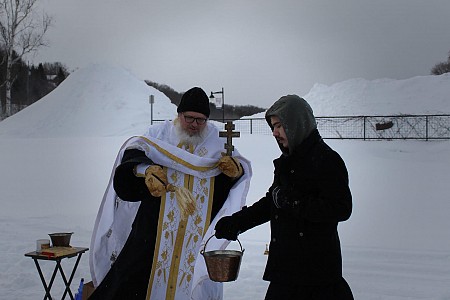 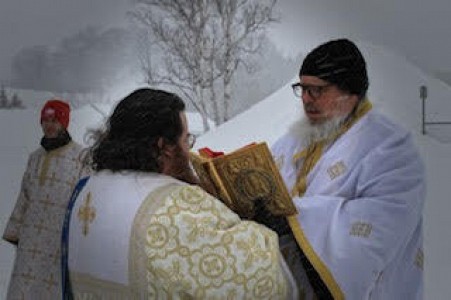 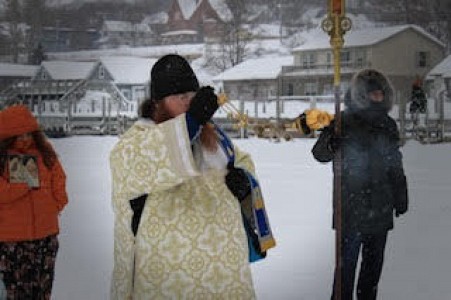 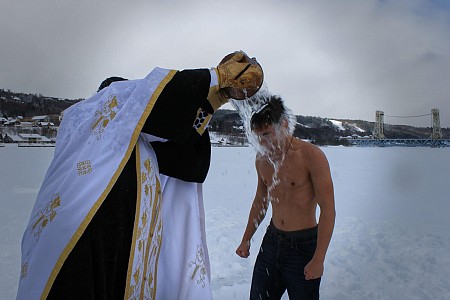 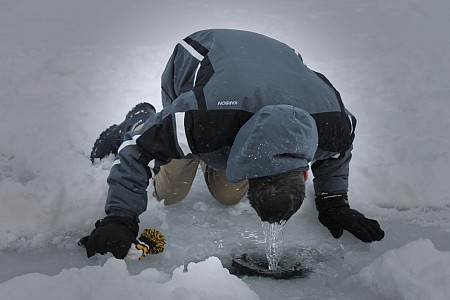 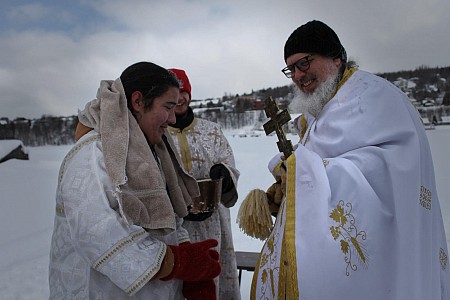 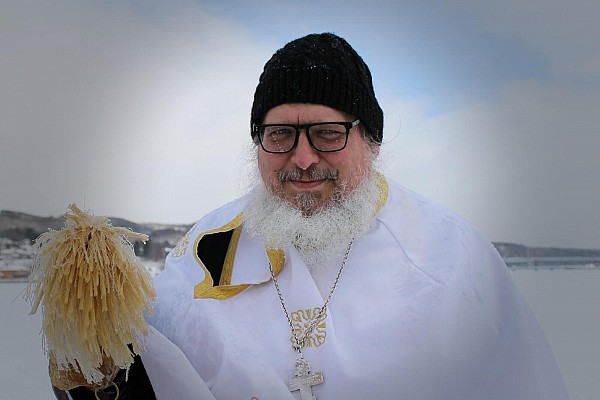