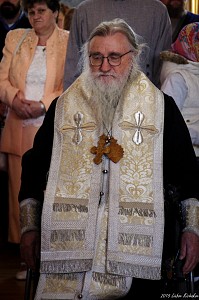 On October 7, 2015 His Eminence Archbishop Alypy experienced a sudden bout of low blood pressure. His Eminence was transported to the hospital and after an examination it was determined that he was suffering from a pulmonary embolism. His Eminence is responding well to the prescribed medication and although his condition is serious, it is not life threatening. Nonetheless, we ask the prayers of the faithful for Archbishop Alypy during his convalescence. Updates will be provided if and when warranted. It is our hope and expectation that Vladyka will recover from this episode and be able to return to his activities in the near future.