Fourteen Russian Dancers of St. George parish traveled from Cincinnati to Akron on May 31 to participate in the Pan Orthodox Fellowship Weekend. They performed a set of Russian dances which had been taught to them by St. George parishioner Sergei Pakharev. Another parishioner, Mariya Sushanskaya, sewed their costumes.

The young dancers (ages 7 to 12) performed admirably alongside the other groups from Greek, Macedonian and Antiochian parishes, many of whom were far older. Once their performances were over, the kids particularly enjoyed learning some Greek and Macedonian dances.

The group was formed just six months ago in order to perform at the St. George Parish twenty-fifth anniversary. The show at the Pan Orthodox Fellowship Weekend was their first performance outside of their hometown. Presentation of Our Lord Orthodox Church hosted the dancing performances. 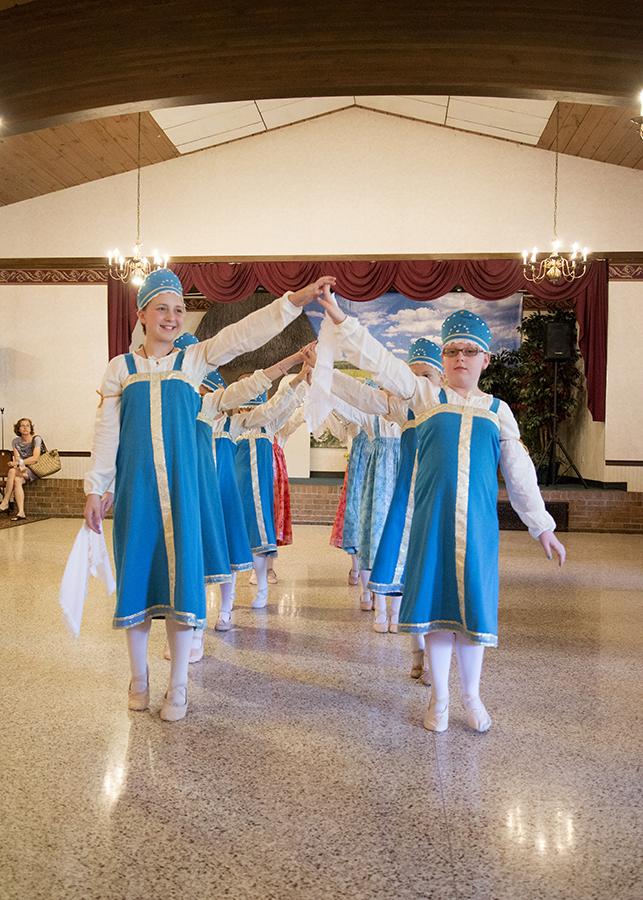 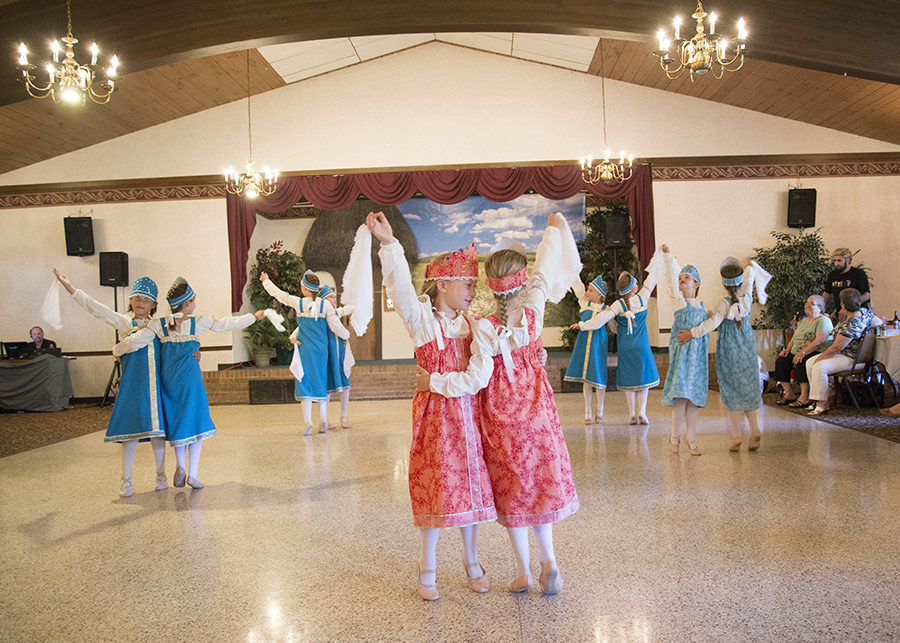 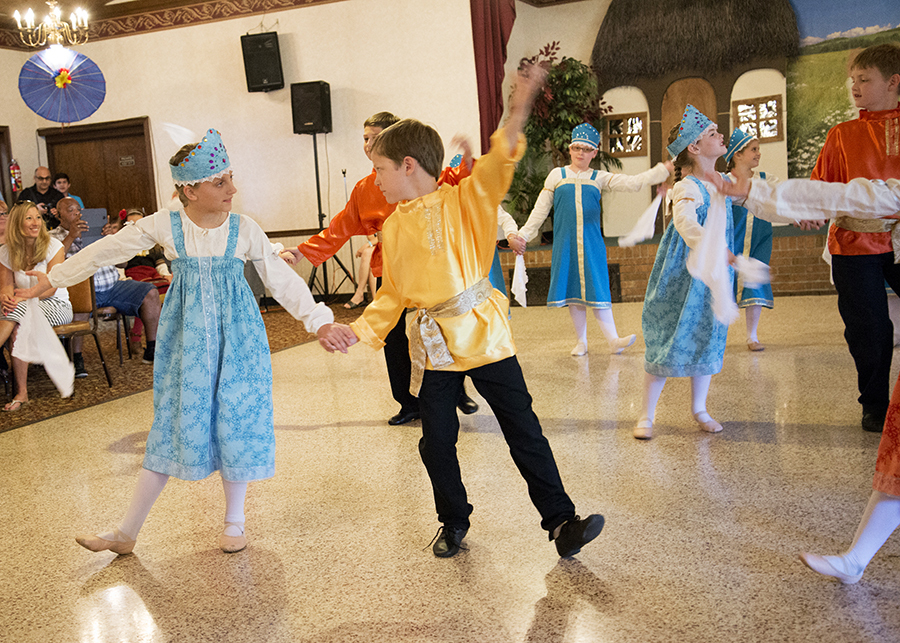 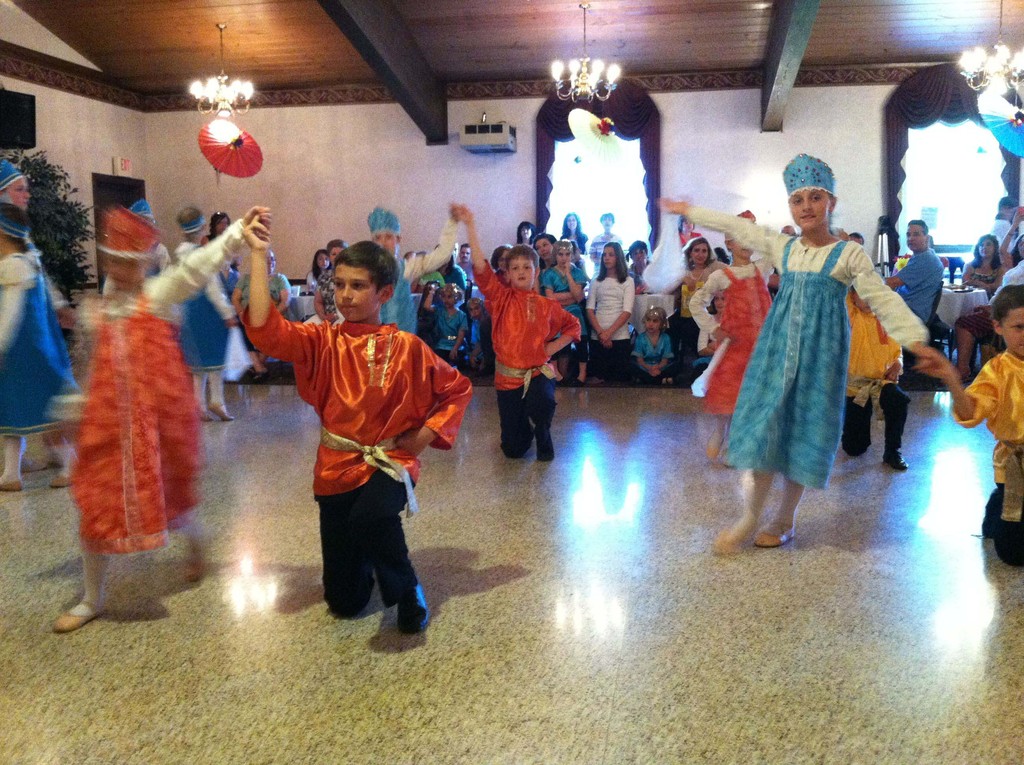 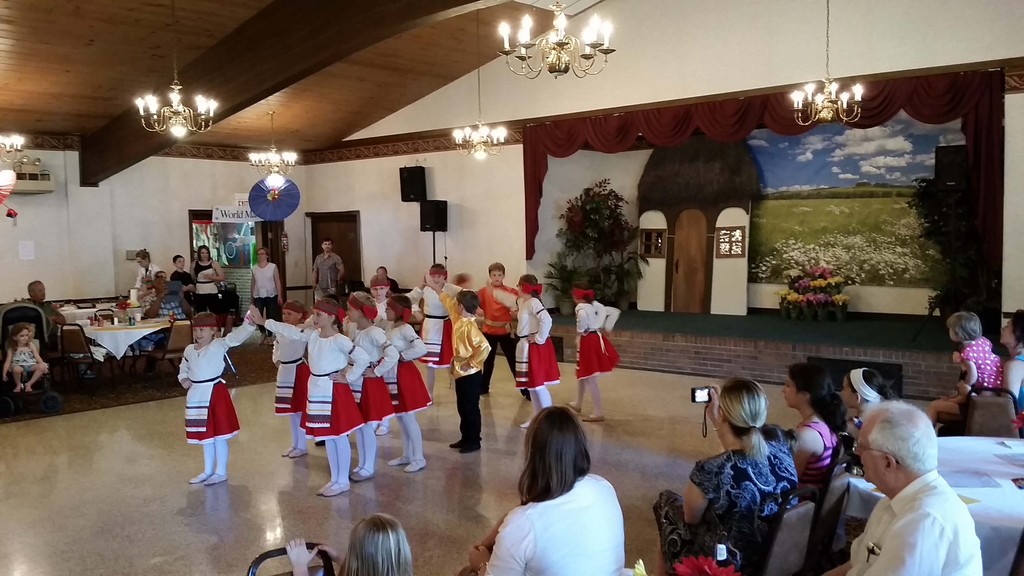 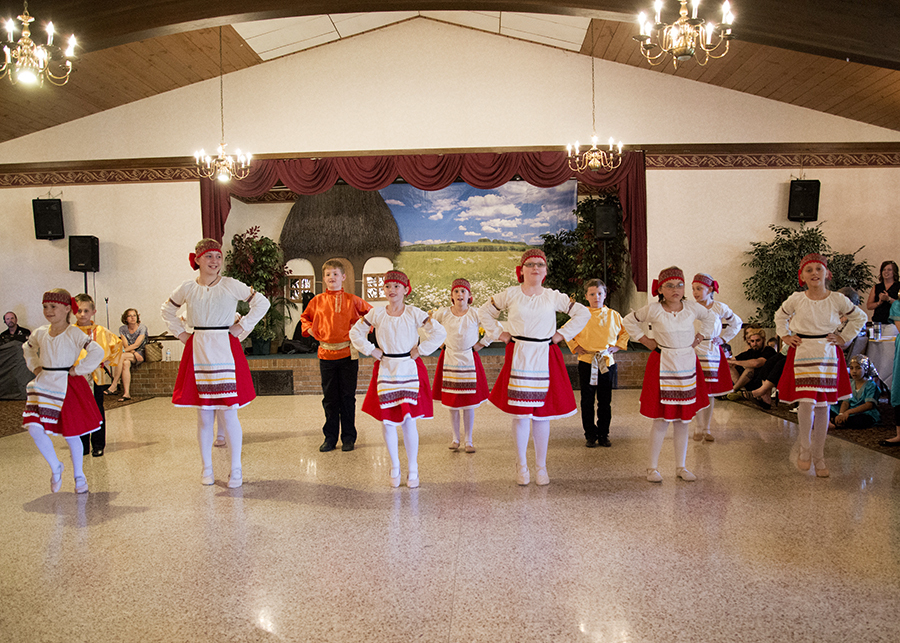 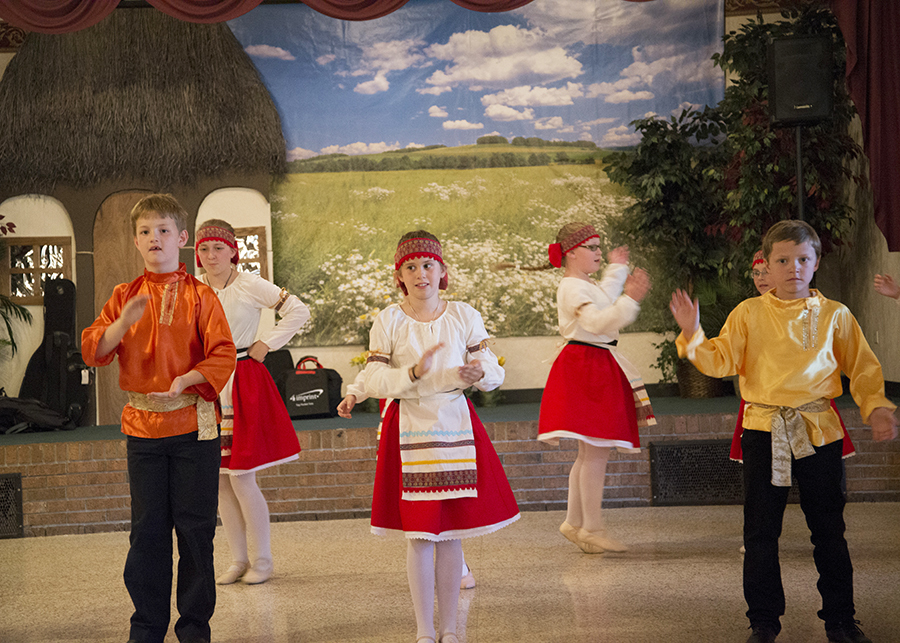 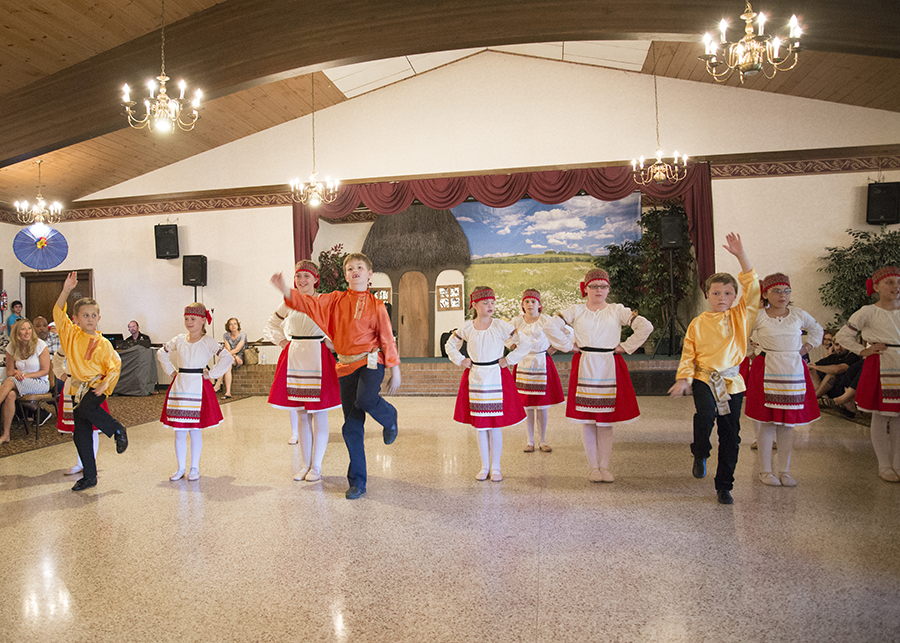 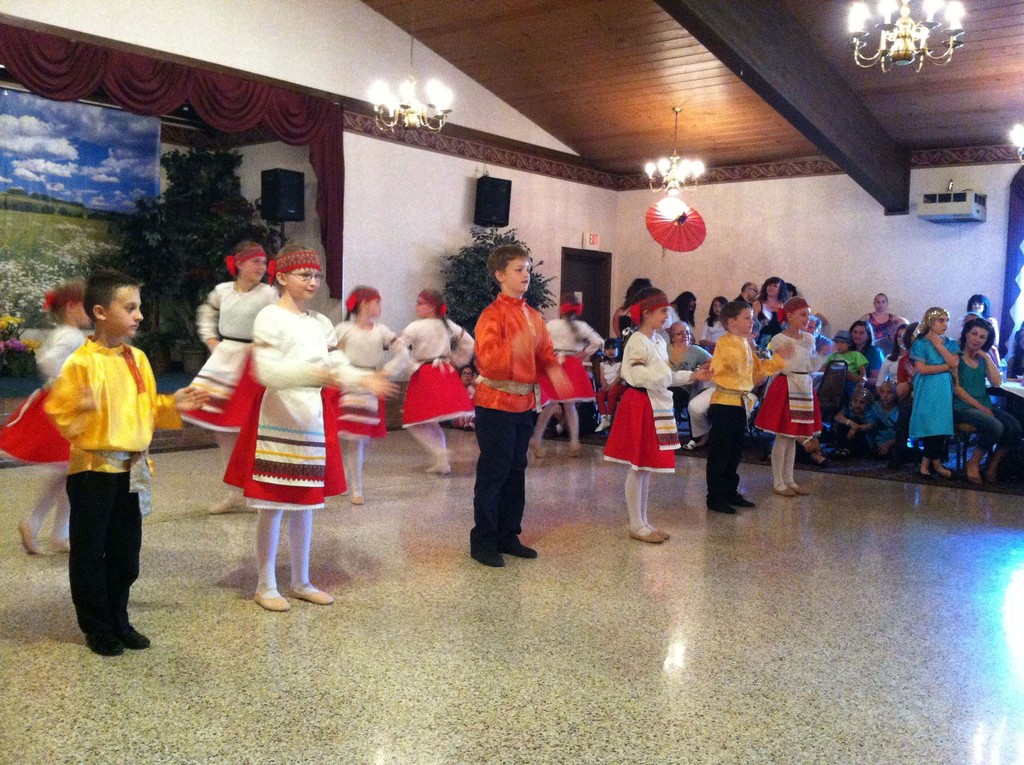 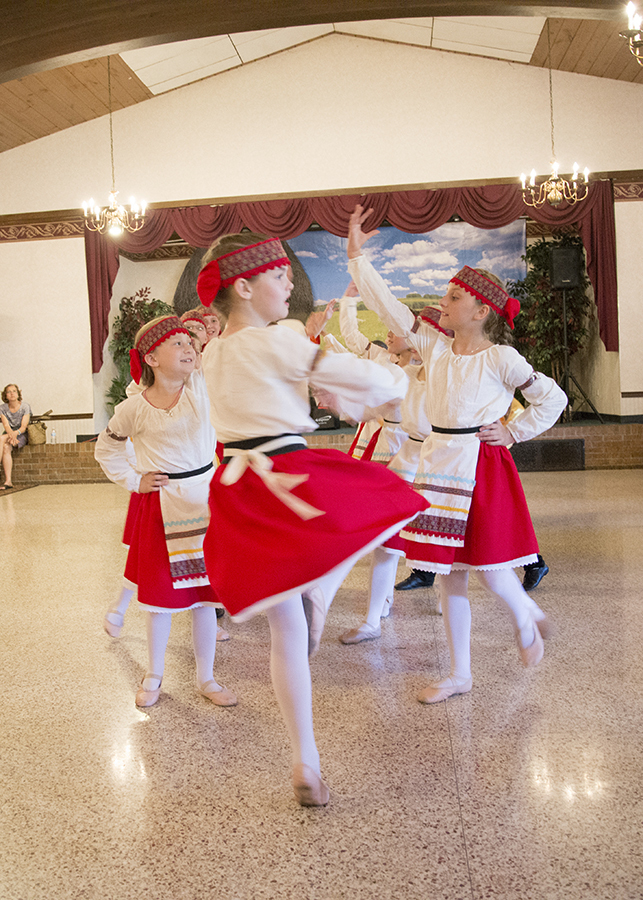 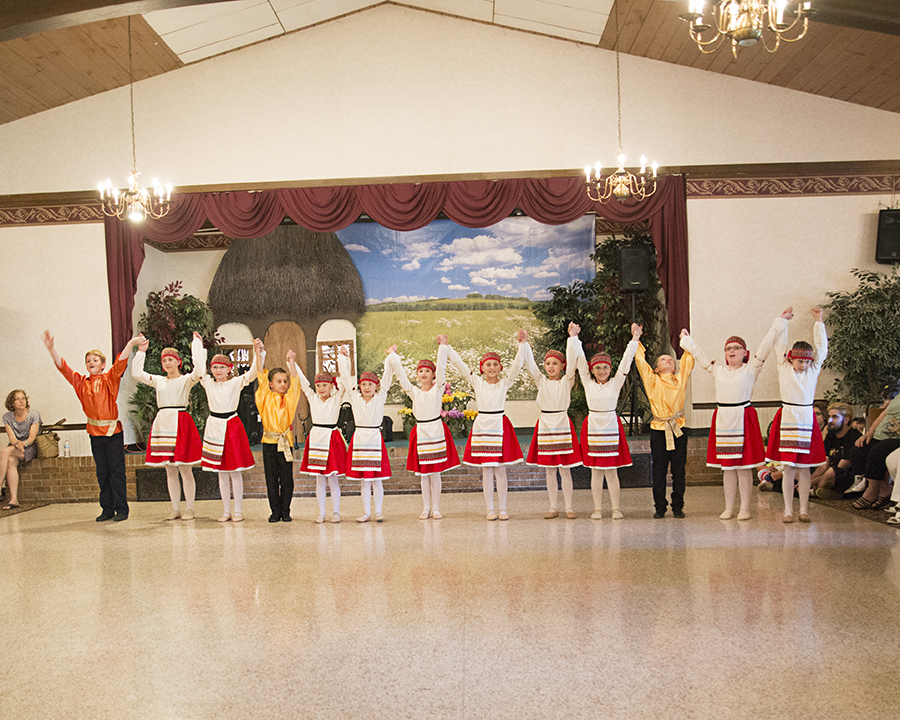 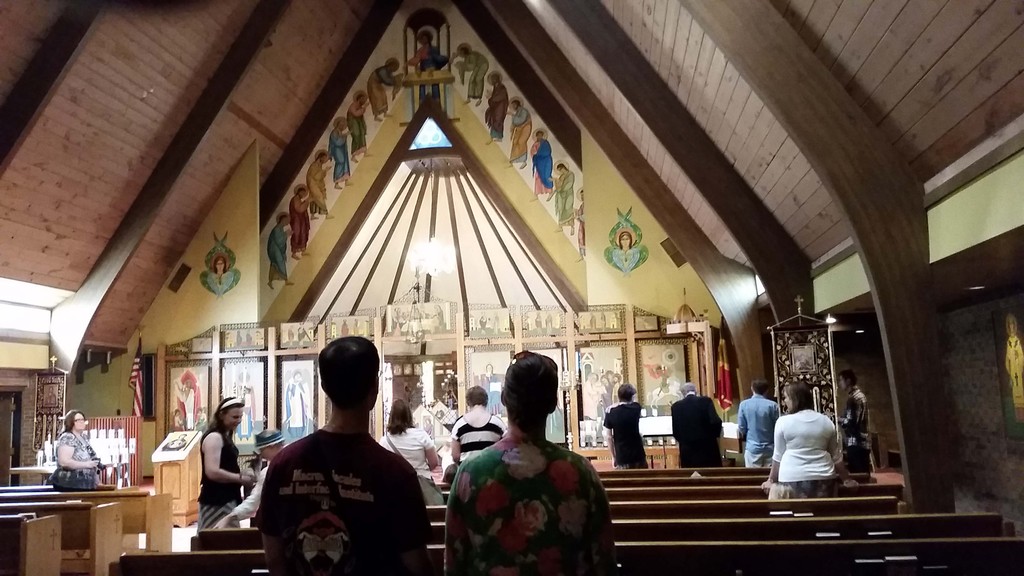