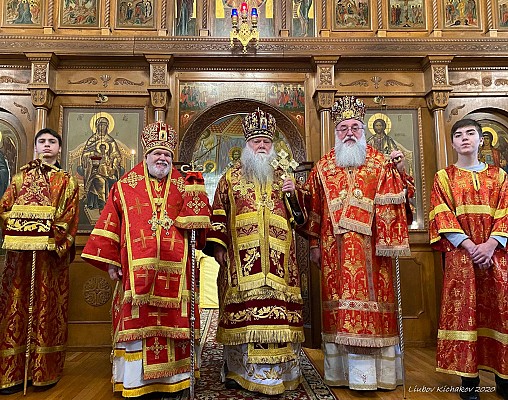 His Eminence Archbishop Peter was tonsured into monasticism in honor of the New Martyr Peter, Metropolitan of Krutitsa. Thus, Vladyka’s name’s day is celebrated each year on the feast of the Synaxis of the New Martyrs of the Russian Church. This year the feast fell on Sunday, February 9 and His Eminence led the Divine Services on this day. Also serving with Vladyka were Bishop Longin of New Grachanitsa and Midwestern America (Serbian Orthodox Church) and Bishop Paul of Chicago and the Midwest (Orthodox Church in America), clergymen from throughout the diocese, and staff clergy of the Diocesan Cathedral of the Protection of the Mother of God, where the feast day was served. Following the Divine Liturgy His Eminence greeted the visiting archpastors and clergymen, thanking them for joining him on this auspicious day, and stressing the centenary of the Russian Orthodox Church Outside Russia, the first part of the Russian Church to glorify the New Martyrs. Archpriest Andre Papkov, Dean of the Cathedral, then announced that the clergymen of the diocese had decided to mark the auspicious day for their archpastor by purchasing for him a new white hierarchal vestment. Following the Divine Services the celebration continued in the cathedral hall where a bountiful meal was offered to all those in attendance. The staff of the diocesan administrative offices and the editorial staff of the diocesan web site wish His Eminence many years and much health on the day of his patron saint! 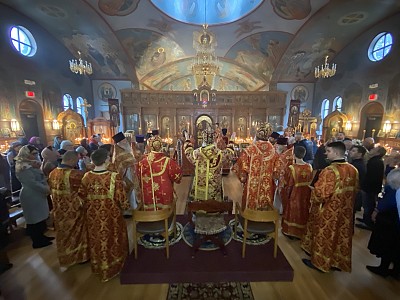 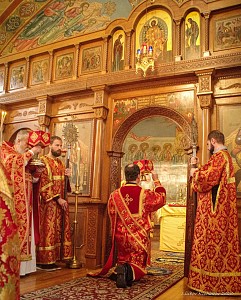 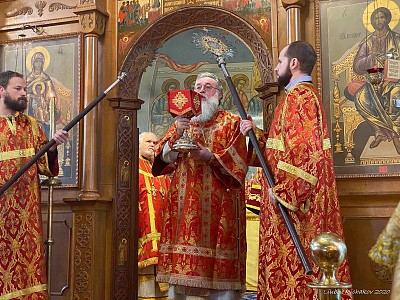 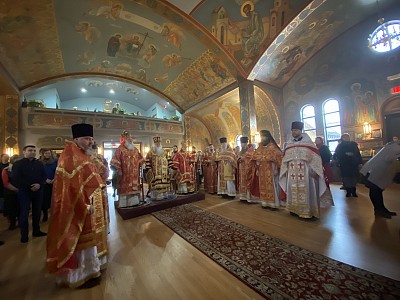 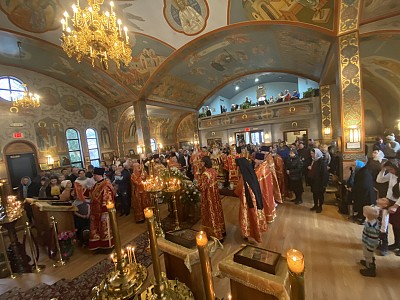 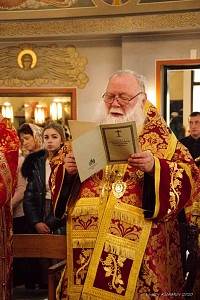 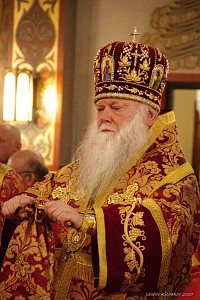 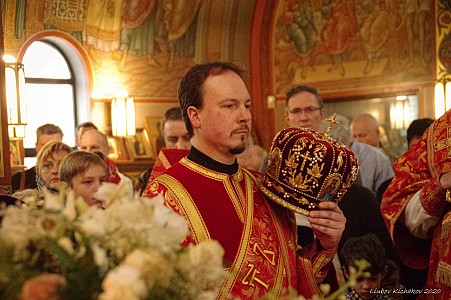 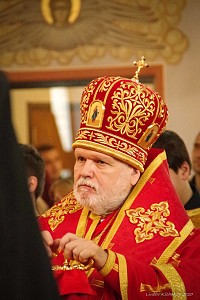 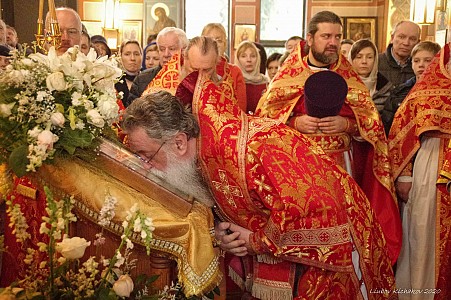 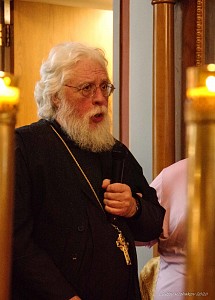 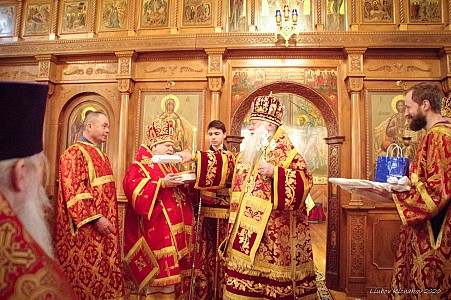 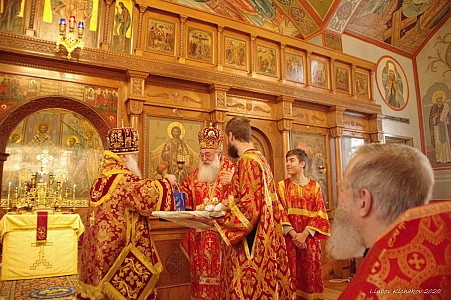 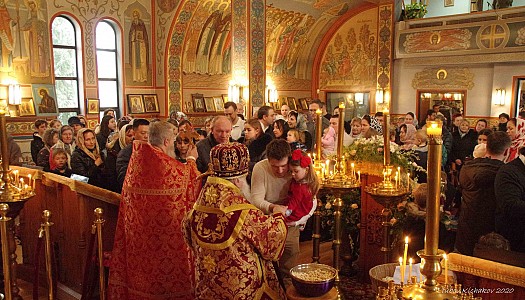